Footprints from the Past

Dinosaurs lived millions of years ago – long before people lived on Earth. No one has ever seen a dinosaur so how do we know anything about them? Fossil evidence and dinosaur bones provide our only clues. Like detectives, we will try to discover what dinosaurs looked like, what they ate and what might have happened to them in the end.


In History, we’ll be finding out:

- About the different time periods when dinosaurs lived

- How to make a time line

- About fossil hunters from around the world

- About different ideas to explain why the dinosaurs died out

In Geography, we’ll be finding out:

- What the Earth looked like millions of years ago

- Where to look for dinosaur bones

In Science, we’ll be finding out:

- About different types of rock

- How to make a dinosaur fossil

- What dinosaurs ate How to sort and classify dinosaurs

In Art, we’ll be finding out:

- About how artists draw dinosaurs

- How to make a sculpture of a dinosaur

How to make reptile-skin patterns

- In International, we’ll be finding out:

- Where dinosaurs have been found

- About the rules of exploration

Long before humans showed up, dinosaurs dominated the world! In this BrainPOP movie, Tim and Moby journey through prehistoric times to track the evolution of these "terrible lizards" through the Mesozoic Era. From the Triassic Period to the Jurassic and Cretaceous, you'll watch dinosaurs grow in size and diversity as the super-continent of Pangaea split. You'll see well-known species like the Stegosaurus and the Tyrannosaurus rex, and discover lesser-known species like the tiny Eoraptor and the massive Apatosaurus. You'll also explore the link between dinosaurs and birds, and learn all about the mass extinctions that wiped out most life on Earth—more than once!

BrainPOP’s dynamic duo will teach you the difference between a body fossil, which you might find in a tar pit, and a trace fossil, which might be as simple as a set of footprints. You’ll find out how these amazing relics of the distant past are formed, and why they’re so rare. You’ll also learn how the forces of time, heat, and pressure can turn trees into coal! Finally, you’ll see how careful examination of the fossil record can teach us a great deal about the history of our planet.

In this BrainPOP movie, Tim and Moby will introduce you to the life and research of Charles Darwin! You’ll learn what Darwin studied in school and how he ended up on the HMS Beagle. Find out where the Beagle sailed, why it sailed, and how long the voyage lasted. You’ll also learn what Darwin did while he was on the boat, including where his most famous work was done and what animals he studied. Plus, you’ll discover how Darwin’s theory of evolution differed from another theory of evolution common at the time.

Where did the dinosaurs go? In this BrainPOP movie, Tim and Moby give you the lowdown on extinction. You’ll learn about what it means for something to go extinct, and you’ll find out about the idea of mass extinction. You’ll also see how changes in the environment sometimes cause certain species to go extinct. In particular, Tim and Moby take time to explain how human activities are causing some species to die out — and how these extinctions can interrupt the food chain and impact entire ecosystems. Remember: Extinct is forever!

In this BrainPOP movie on carbon dating, Tim and Moby will teach you about how scientists use a radioactive isotope called carbon-14 to find out the answer! Learn about key terms like half-life, radioactive decay, and radiometric dating and what they all mean! You’ll also see how you can tell when a fossilized animal died by comparing the amount of carbon-14 that would have been in a living creature to the amount that’s left in the fossil.

Explore the word of dinosaurs

Videos, fact files and activities explore the theory of evolution, adaption, selective breeding, how humans evolved from primates and the importance of fossils.

Learning about different types of rock, soil composition and how fossils are formed.

About.com website has information about the dinosaurs found in the Dashanpu region of China.

About.com website has information about the dinosaurs found in the Flaming Cliffs in the Gobi Desert.

BBC News website reported on the huge dinosaur bird found in China in 2007.

BBC website has a dinosaur section including details of what the world was like in the Mesozoic era.

Copyright Expired website has an A to Z of dinosaur skeletons and prehistoric animal bones.

Discovery News has information about the latest dinosaur finds.

Enchanted Learning website explains how plants are at the start of the dinosaur food chain.

Kids Know It website has an interactive video that explains about producers and consumers, food chains, webs and pyramids.

National Geographic website has an interactive time line going back 4.5 billion years ago.

http://news.nationalgeographic.com/news/2014/03/140319-dinosaurs- feathers-animalsscience-new-species/ National Geographic website has news about the discovery of a new

National Geographic website has photo galleries of all three periods in the Mesozoic era.

Search 4 Dinosaurs website has galleries of dinosaur artists from around the world.

The BBC Nature website has an excellent section on dinosaurs, with videos and images taken from their popular Walking with Dinosaurs series.

The BBC News website features an article on the new fossil evidence that suggests dinosaurs may have had feathers.

The British Natural History Museum website has a ‘Dino Directory’- feature with facts about hundreds of dinosaurs.

The Dinosaur National Monument, Colorado website has information and a virtual tour.

The Natural History Museum has an interactive time line.

YouTube hosts this short video, documenting a day in the life of a paleontologist.

How Does a Dinosaur Become a Fossil?

Building a dinosaur from a chicken | Jack Horner

The Last Day of Dinosaurs Documentary 2017 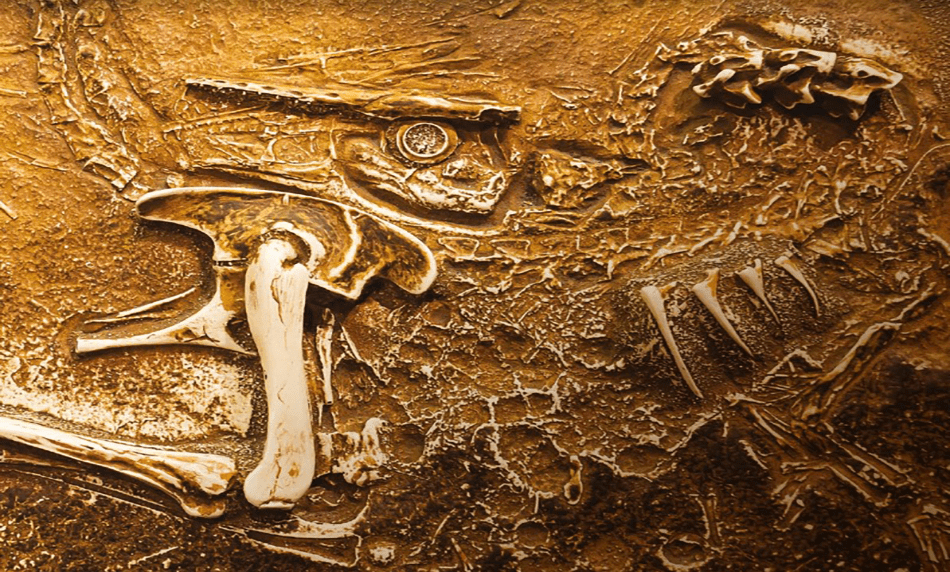