The tectonic plates that form the Earth’s crust are always moving. Even the smallest movement can cause huge earthquakes, volcanoes and tsunamis that devastate communities across wide areas. If we can understand what is happening underground we can learn to predict and protect ourselves in the future.

2.07 Be able to make simple maps and plans of familiar locations


In Geography, we’ll be finding out:

- About how the Earth is formed

- What causes an earthquake

- How earthquakes can be measured


In Technology, we’ll be finding out:

- About protective clothing and equipment

- About how to put together a survival kit

- About solids, liquids and gases in volcanoes

- What happens when a volcano erupts


In Music, we’ll be finding out:

- How to use instruments to make sound pictures

- How to compose our own piece of music


In History, we’ll be finding out:

- About the devastation of Pompeii


In Art, we’ll be finding out:

- About hot and cold colours

- About using different materials and techniques to represent a volcano

Want to know how buildings are so strong? In this BrainPOP movie on building basics, you’ll learn all about how different types of buildings deal with the forces of gravity, compression, and tension to keep from falling down! In the movie, Tim and Moby will teach you about several kinds of structures, including the post and lintel construction that’s been used everywhere from suburban split-levels to Stonehenge. You’ll even find out how the Great Pyramid of Giza in Egypt was built so that it could support the weight of all those heavy stones.

Tim and Moby introduce you to the volcanoes of the world. Discover the three types of volcano and learn why each one forms in different locations and under different conditions. You’ll also find why a volcanic eruption in one place can affect climates all over the world. Tim and Moby will show you why people actually choose to live on volcanic islands, and why places with the most volcanic activity aren’t necessarily the most dangerous! You’ll also learn about the Ring of Fire — which, contrary to popular belief, isn’t really burning!

Earthquakes can be so small that you can barely feel them — or they can be so strong that they topple buildings. In this BrainPOP movie, Tim and Moby introduce you to the mechanics of earthquakes. They’ll tell you why earthquakes happen and what plates, faults, and waves have to do with it all. You’ll learn why the crust of the earth isn’t as stable as it seems; what can happen on a fault line; and the names for the three types of seismic waves. You’ll also find out how scientists use seismographs to measure the strength of earthquakes.

There's a continent called Pangaea?! Well, there once was. Hundreds of millions of years ago, Earth looked completely different from how it does today. All of the land was packed into a single supercontinent. Geologist Alfred Wegener theorized that this giant landmass split into chunks and slowly drifted apart. Rejected at first by the scientific community, Wegener's theory of continental drift eventually was proved correct: The earth's crust is split up into dozens of pieces called tectonic plates, which "float" on top of the mantle. Warmed by the blazing-hot core, the mantle churns in circular convection currents, dragging tectonic plates along for the ride. Today, plate tectonics is the unifying theory of the entire field of geology. It explains the rock cycle, the origin of Earth's surface features, and the cause of seismic activity, such as earthquakes and volcanoes.

Hurricanes, tsunamis, earthquakes, tornadoes — the world is full of natural hazards. In this BrainPOP movie on such disasters, Tim and Moby teach you about the factors that bring about these events, as well as how much devastation they can cause. You’ll learn about 10 different types of disasters and find out things like how underwater earthquakes cause tsunamis, how underground molten rock forms volcanoes, and how hurricanes pick up speed and strength as they move over warm water. Tim and Moby also tell you the importance of maintaining a family emergency plan, just in case disaster strikes.

Preventing wildfires is up to all of us! In this BrainPOP movie, Tim and Moby investigate the chemistry of combustion. Some fuel, a little heat and a supply of oxygen: BAM, a wildfire! In dry, hot conditions, they can cause severe damage to woodlands and pose major threats to residential areas. Each year, thousands of homes and businesses run the risk of being consumed by wildfires. But in ideal circumstances their destructive power helps rejuvenate forests, allowing plants and animals to thrive. Confused? Tim and Moby will clear everything up as they explain the ups and downs of wildfires, what you can do to prevent them and how to prepare for a potential flare up near your home.

Tim and Moby explain what matter is, and introduce you to the tiny atoms and molecules that make it up. You’ll discover how changes in temperature and pressure cause these particles to gain or lose energy, and the effect this has on a material’s physical properties!

Tim and Moby will tell you all about the energy that state changes require, and the effect that extra energy has on atoms and molecules. You’ll learn about sublimation, which occurs when a solid melts directly into a gas, and also about condensation, when gas turns into liquid.

The pottery industry is used as a case study to illustrate changes in the states of materials. The Investigating videos offer opportunities to see the initial stages of an experiment and make predictions.

Find out about the formation and properties of rocks, soils and fossils. Observe and compare different rock types to understand their uses. Conduct your own experiments and record your observations.

Find out about the effects of earthquakes, volcanoes, coastal erosion, floods, hurricanes and tornadoes, and learn the locations of countries affected by these events.

A sense of place

See Milton Keynes through artists' eyes! Meet artists and learn how a local landscape can inspire their work. An ideal source of inspiration for a whole-class project based on your local area.

Properties and changing states of matter

A BBC news report on the devastating Nepal earthquake, with maps and ‘before and after’- photographs.

Active Robots website has a wide range of robotic products designed for use in the classroom.

Art Smarts 4 Kids website has a biography of Jackson Pollock written for children.

Awesome Stories website has this account of the devastating eruption of Vesuvius in 79 AD, together with maps, animations, CGI images and photographs of the excavations.

British Red Cross website details what they do and where they work, including a video

Classics for Kids has some fun music games, including the Note Name Game.

Discovery Channel website has a series of videos with real footage of erupting volcanoes from around the world.

Discovery Channel website has an interactive build-your-own virtual volcano that allows you to change magma viscosity and gas levels to create different types of volcano.

Discovery Channel website has information on the devastating eruption of Vesuvius in Pompeii, Italy 79 AD.

Eyewitness to History ‘The Destruction of Pompeii, 79 AD’- is an edited diary account by Pliny the Younger of the eruption of Vesuvius.

FEMA for Kids website has information on natural disasters including earthquakes and volcanoes, as well as disaster survival advice.

Geography4Kids.com explains how volcanoes are formed.

Geology SDSU website has information about how volcanoes work, with a case study of the Krakatau eruption of 1883.

HowStuffWorks website has useful information for teachers about the design of earthquakeproof buildings.

JacksonPollock.org allows you to create your own internet art in the style of Jackson Pollock.

Kids Geo website has a ‘Geology for Kids’- section with information, diagrams and maps on the geology that explains plate tectonics.

MCEER website has information for teachers on how to design structures to perform well during an earthquake.

National Geographic Kids website has a fun interactive quiz for children, testing their knowledge on volcanoes.

Picsearch has a gallery containing hundreds of images of Jackson Pollock paintings.

Rock Hounds website has an animation and explanation of how igneous rocks are formed.

UnMuseum website analyses Plato’-s story of Atlantis, using maps to locate the island and geographical knowledge to help understand the origins of the story.

USGS website has a page of Science Fair Project Ideas for teachers on the theme of earthquakes.

Wikipedia has this useful article about the eruption of Mount St Helens and its impact.

Scholastic News Online has a news report for children about the Haiti earthquake.

Science Kids has an informative educational video about plate tectonics and earthquakes with photographs of earthquake damage done to buildings and roads.

The US Department of Homeland Security has information on disaster response, assistance and survival.

This YouTube video shows teachers how to make a simple volcano.

YouTube has this amazing footage of an erupting volcano accompanied by the explosive music of Jón Leifs.

YouTube has this video of the eruption of Mount Etna, Sicily, 2006. 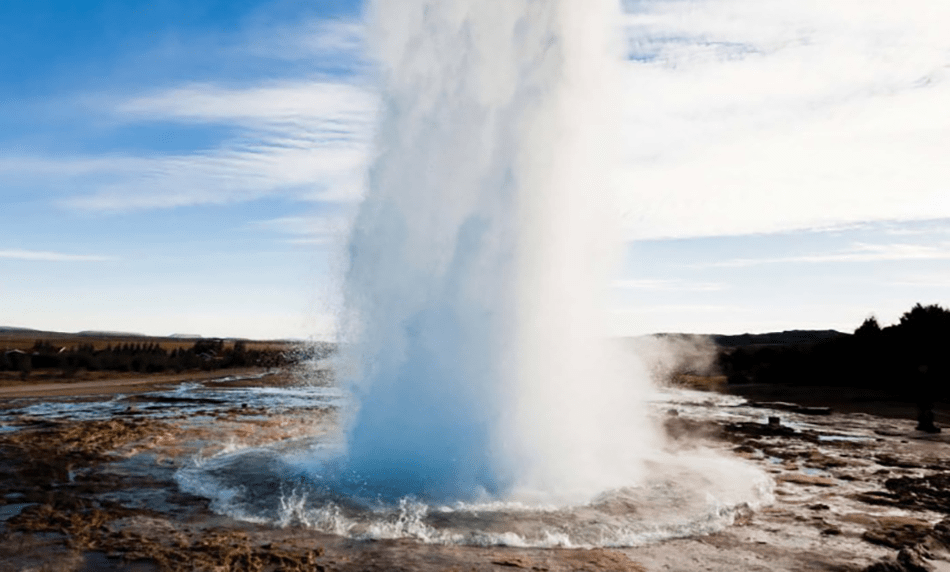