3.1 Know that the study of society is concerned with learning about living as members of groups

3.2 Know about the major forms of local and national government, including those inthe host country and their home country

3.5 Understand their own responsibilities in the groups to which they belong

3.6 Understand the responsibilities and rights of others in those groups and in the wider community

3.7 Understand that the way in which people fulfil their responsibilities affects the lives of others

3.8 Understand that the behaviour of individuals has an effect on the lives of others

3.9 Be able to enquire into the nature of government agencies and political parties, and their effects on people’s lives

3.1 Know that the study of history is concerned with the past in relation to the present

3.2 Know about the characteristic features of particular periods and societies

3.6 Know about the ideas, beliefs, attitudes and experiences of people in the past

3.7 Know about the social, cultural, religious and ethnic diversity of the periods studied

3.8 Know the terms associated with the periods they have studied

3.9 Be able to enquire into historical, political and social issues and their effects on people’s lives

3.10 Be able to find out about aspects of the past from a range of sources

3.11 Be able to describe and identify reasons for and results of historical events, situations, and changes in the periods they have studied

3.12 Be able to describe and make links between the main events, situations and changes both within and across periods of international migration

3.13 Be able to describe how the history of the host country affects the lives of people who live there now

3.14 Be able to describe how the history of one country affects that of another

3.15 Be able to ask and answer questions about the past

3.16 Be able to select and record information relevant to an historical topic

3.17 Be able to place the events, people and changes in the periods they have studiedi nto a chronological framework

3.18 Be able to use dates and terms relating to the passing of time

3.19 Be able to communicate their knowledge and understanding of history in a variety of ways, making appropriate use of dates and historical terms

One day, you should have the right to vote – to decide who will lead your country. What will you do with your vote? Which party or leader would you choose? What issues would get your attention? Politics is about taking an active role and interest in the future, to improve our lives and those of others.

In Society, we’ll be finding out:

2008 marked a milestone in U.S. history: Barack Obama became the first African American elected to hold our nation's highest office. With a Kenyan father and a Kansan mother, Obama grew up in the diverse culture of Hawaii. As a little-known senator from Illinois, Obama delivered a speech at the 2004 Democratic National Convention that catapulted him to national fame. Four years later, his historic presidential campaign resulted in a landslide victory! But Obama inherited a crippling economic recession. Under his leadership, Democrats in Congress passed a relief plan to stabilize the economy. After that, the President focused on social issues like healthcare reform. The passage of the Affordable Care Act, nicknamed "Obamacare," was a major victory. But it also drew sharp criticism from Republicans and spurred the rise of the Tea Party. Despite Congressional gridlock, Obama won a second term and achieved many important goals both at home and abroad.

“I have a dream ...” You know the words, but what do you know about the man who said them? In this BrainPOP movie, Tim and Moby introduce you to the inspiring life of Dr. Martin Luther King, Jr.! You’ll learn what the civil rights movement was, what was different about the United States in the first part of the 20th Century, and what segregation had to do with it. You’ll learn about King’s family background and how he helped begin the Montgomery bus boycott. You’ll also discover who inspired King, and how his non-violent protests lead to Supreme Court decisions banning segregation. Plus, you’ll find out some of the dangers King faced in his fight to end segregation — and how he met an untimely death.

In this BrainPOP movie, Tim and Moby introduce you to the history of democracy. You’ll find out what the word means, and how a democratic government functions. You’ll also learn the three ideas that democracy rests upon, and where we think democracy got its start. You’ll see how democracy worked in Ancient Greece, and what sorts of problems that system had. Finally, you’ll learn the difference between a direct democracy, like the kind in Ancient Greece, and a representative democracy, or republic, the system that most modern democratic nations today follow.

Television, print media, the Internet… all are filled with advertising, opinions, and other hidden persuasions. In this BrainPOP movie, Tim and Moby teach you how to be a more astute consumer of mass media. You'll learn how to recognize when someone is trying to convince you to buy something or believe something. You’ll find out why advertisers use celebrities and models so frequently, and even manipulate images to make them look even more attractive than in real life. You’ll explore why no news source is truly free from bias and how to separate fact from opinion.

In this BrainPOP movie, Tim and Moby will introduce you to the concept of communism! In it, you’ll learn why the founders of communism started it and how the practice of communism is quite different from other ways of doing things. You’ll learn all about the ideals of communism but also about some of the major pitfalls that eventually came to light as countries experimented with it in recent times. Plus, you’ll see how several modern countries that have communist economies, or ones based on its ideals, run today.

Who are we? How did we get here? What happens when we die? Tim and Moby can’t answer those questions, but in this BrainPOP movie they’ll show you how religion helps people come to terms with them. You’ll learn how religion gives people guidelines to help them live their lives, and how hundreds of religions are practiced all over the world. In a special feature at the end of the movie, Tim and Moby introduce you to the specifics of a number of the world’s religions, including some that you might not have heard of!

In this BrainPOP movie, Tim and Moby introduce you to the organization that tries to keep that world safe for everyone — the United Nations. You’ll find out what the UN does, what its ideals are, when it was formed, and who leads it. You’ll also learn about the League of Nations, and how it led to the formation of the UN. Discover just how many nations are in the UN today, what the general assembly is, and how a nation can become a part of the UN. You’ll also find out four ways the UN can help developing countries and how the UN manages to do its job effectively.

When you’re faced with a tough decision, how do you figure out what to do? What guidelines or examples do you use to make up your mind, and what happens when there’s more than one good way to act? If you’re not able to answer, don’t worry--philosophers have been debating these issues for thousands of years. And in this BrainPOP movie on ethics, Tim and Moby offer you some simple advice on what to do when you’re faced with tough choices about right and wrong, or good and bad. You’ll learn some rules of thumb about ethical decision making, including ways to find a solution that does the most good while doing the least amount of harm. And Tim will walk you through the decision making process as you learn the most ethical ways to deal with common situations like bullying and cheating in class.

A collection of resources about democracy, Parliament and the role of government. Videos, factfiles and worksheets will help to deliver the teaching of British Values to your class.

Learn about the key individuals in the struggle for racial equality in the UK and around the world. Explore the experiences and contributions of black citizens to British life and culture and in other countries through biographies of famous people, chronicles of key events and accounts of famous achievements.

Find out about significant people and events from the recent past by exploring an interactive timeline, which is organised around themes.

The Queen and the Commonwealth

Learn about the role and history of the monarchy and the Commonwealth.

Wikipedia provides an alphabetical list of countries, along with their current heads of state and government.

The children’s BBC news website has a simple, informative section explaining the different government types around the world.

Wikipedia provides an alphabetical list of countries, along with their minimum age a person is eligible to vote.

Primary Homework website hosts a page on Ancient Greece, with a basic overview of who the Ancient Greeks were and why we remember them.

The BBC History website features a section exploring aspects of Greek life, including their system of government.

Ancient Greece for Kids website provides information on all aspects of Greek life. Select to access information on Athens and its system of democracy. Further hyperlinks take you to more pages of information.

Google News Archive Search provides an easy way to search and explore online historical archives. It also has a useful timeline feature, which allows you to narrow your searches to a particular year or date.

Newspaper Archive website is a subscription service. However, it does have a useful browse facility, providing access to hundreds of newspapers from around the world.

The Big Project is a worldwide news portal, with links to news websites from around the world.

Pitara is a simple no-nonsense website, delivering bite-sized stories on events and issues from around the world.

History Kids: Forms of Governments Around the World  In this brand-new, 2016, high-definition program, learn all about the most common forms of government around the world, such as monarchy, constitutional government, democracy, dictatorship, and communism.

Forms of Government. Learn about democracy, oligarchy, and autocracy - the three main types of government.

Systems of Government - This lesson teaches students about the various systems of governments used by countries around the world: unitary, confederal, federal, and parliamentary. Students will look first at the confederal systems of government with examples such as the United States under the Articles of Confederation, the Confederacy of the South during the Civil War, and the European Union, as those who established weak central governments or unions in which the regional state powers maintain political power. The union of Belgium is provided as the current country currently using a confederal form of government. The United States, Argentina, Germany and India are among those countries used as examples for national governments who share power with regional states or provinces. Smaller countries such as Britain, France and Italy who have unitary forms of governments in which central governments hold the guide the entire country and delegate certain responsibilities to local countries are used as examples in this lesson. The students will gain an understanding how unlike these three systems of governments which describe which level of government holds power, the parliamentary systems is about the executive and legislative branches. Unlike the presidential system of choosing an executive, Great Britain is provided as the example in which Parliament chooses the executive or Prime Minister for the nation. 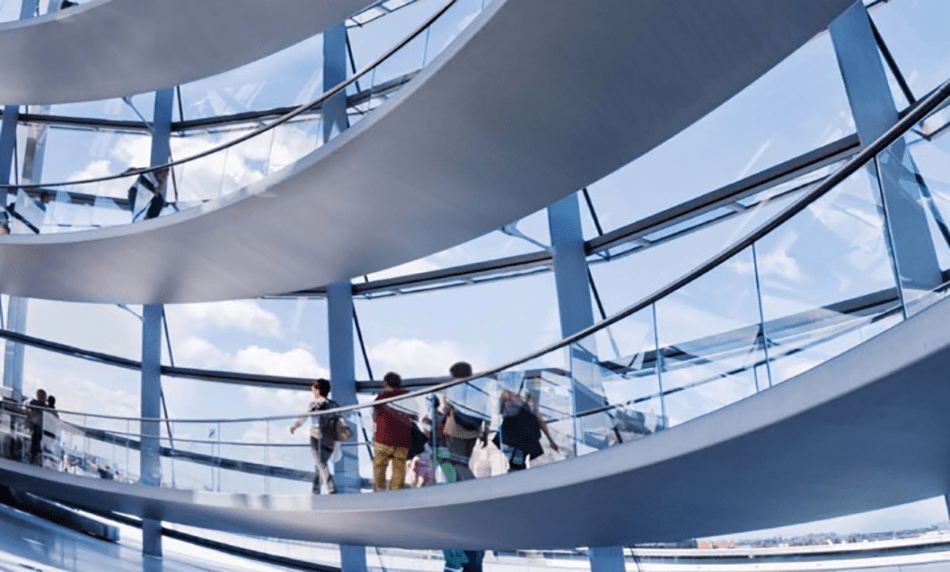